Within the student movement, no issue does more to polarise individuals and create bizarre bedfellows than Israel-Palestine. No other topic, not even No Platform or the Free Education/Graduate Tax row arouses such emotion, nor splinters political factions so dramatically. Israel-Palestine is the single biggest division in the student left. What other issue sees the right-wing Labour Students join forces with Trotskyist group Workers’ Liberty?

Debating the conflict causes each side to throw accusations of complicity in violence and some form of discrimination at the other, amidst howls of inaccessibility. Passion is always in abundance. 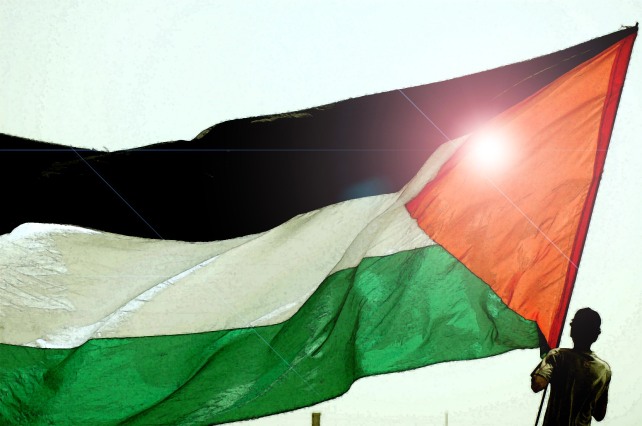 All of this is exacerbated one hundred times over when the question of tactics is thrown into the mix. The campaign for boycotts, divestment and sanctions on the state of Israel has, since its launch by Palestinian civil society organisations in 2005, poured a whole new can of petrol onto the already incendiary flames of debate around the conflict.

This past Thursday, the Council of the Union of UEA Students voted by a margin of over 75% to support the BDS movement, and implement a boycott of Israeli goods on our campus.

This past Thursday, the Council of the Union of UEA Students voted by a margin of over 75% to support the BDS movement, and implement a boycott of Israeli goods on our campus. UEA has always shied away from this in the past – passing watered down motions of solidarity, but never calling for concrete action.

Palestine Solidarity Campaign UEA, after Union of UEA Students votes to back BDS.

For a long time, I was not convinced that BDS was strategically the best route for activists internationally to combat crimes of the Israeli state. I’m well versed in all the arguments against it; the claims that BDS further isolates Israeli politicians and citizens, pushing them further to the right, that the boycott will never be implemented on a wide enough scale to shift multinational corporations’ operations and in turn to shift the actions of the Israeli state, that the BDS movement harms Israeli workers, who are not to blame for the actions of their government, the most and that an academic boycott is predicated on disengagement and removes principles of academic freedom.

My position on BDS shifted this past summer, when over 2,000 Palestinians, the overwhelming majority of whom were unarmed civilians were massacred by a bombardment of air strikes and a subsequent ground invasion under Israel’s ‘Operation Protective Edge’.

My position on BDS shifted this past summer, when over 2,000 Palestinians, the overwhelming majority of whom were unarmed civilians were massacred by a bombardment of air strikes and a subsequent ground invasion under Israel’s ‘Operation Protective Edge’. Like so many times before, I participated in protests and demonstrations alongside thousands of people across the Globe, including in the Gaza strip, as well taking direct action against UK-operating companies that are directly complicit with the Israeli settlement building and the actions of the Israeli state.

But throughout that period, as bombs rained down on Gaza, I realised that for activists wanting a peaceful resolution to the conflict, wanting an end to the colonisation of Palestinian land through illegal settlements, and wanting an end to the loss of life, on both sides of the conflict, these actions would never be enough. Likewise, statements of solidarity, social media campaigns, and political positioning from the student and labour movement, will leave us looking back decades down the line realising we had failed in our efforts of solidarity. 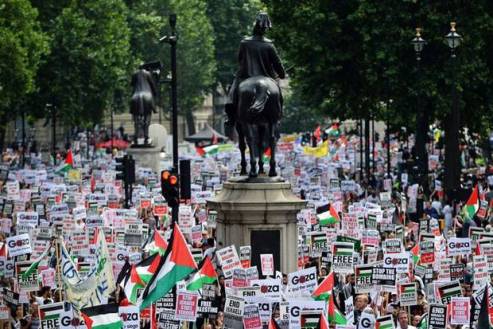 Instead, campaigning for Palestinian solidarity requires more active and effective action. No, a Student Union in Norwich refusing to purchase and sell Israeli goods, is not going to bring down the wall or end the settlements. But to suggest that advocates of BDS are arguing from that position is either to fundamentally miss the point, or to do nothing but create a straw man. Our BDS policy passed this week, not as an end in itself, but as a first, tiny, minuscule step on a journey of campaigning and activism.

Our BDS policy passed this week, not as an end in itself, but as a first, tiny, minuscule step on a journey of campaigning and activism.

BDS is a movement in its infancy. We still have a long way to go. Initial actions will be taken by student unions, NGOs and ethical businesses getting their own house in order. In the last two years, we have seen major British organisations including the National Union of Students and the Co-Operative Group introducing policies that seek to boycott Israeli goods in full, or from settlements. Student Unions on University campuses across the country are doing the same, and pushing their institutions to implement academic boycotts.

These actions are important stepping stones towards a successful BDS movement, but they are only that, and we must not lose sight of the fact that if solidarity activists are to help bring about an end to the atrocities, we have to be big, be broad and build more and more BDS victories. Through shifting our focus away from our own internal practices and moving our eyes outwards, campaigning from students, workers and citizens across the world will see further moves towards boycotts, divestment and sanctions. In time, we will see multinational corporations and governments, unable to refrain from bowing to public pressure, and we will see Israeli expansionism be openly criticised by international investment and trade decisions.

Centrally, though, BDS is not about picking sides. BDS is not about choosing Palestine over Israel, as some would characterise it. Instead, BDS is fundamentally about standing up against injustice. BDS is about standing shoulder to shoulder with people who are suffering at the hands of an oppressive and imperialist government. BDS is about doing what we can to support and stand in solidarity with Palestinians who are calling out for all to stand with them, when we know that marching through our home cities or occupying a Starbucks store just won’t ever be enough.

And so I’m proud that two nights ago, in an emotionally charged lecture theatre on the UEA campus, I helped pass a motion that takes that stance; that ensures we offer no economic endorsement to the Israeli state, and that can kick start a wave of new campaigning from our students.