It was my third year of attending the Southbank Centre’s Women of the World Festival, first envisaged and implemented by Artistic Director Jude Kelly, five years ago. The programme was full of interesting performances, discussions, and workshops. I’ll be focusing on some of the arts related events. Part 1 can be found here.

Sunday began with ‘Lips’ choir singing cover songs from artists such as Kelis, Sia, Destiny’s Child and Livin’ Joy’s Dreamer. They sparkled in a mix of sequins, shirts and bow ties, and drew a massive crowd. Poet Bridget Minamore began Who Owns Your Body? on the subject of street harassment, particularly highlighting the racial differences, reflecting on a trip to Peru.

Through the subsequent discussion, we heard from women who all owned their squares in the Feminist quilt and how they fight for women’s rights in terms of ownership of the body. This included Feminista Jones, a writer and blogger from New York; Francesca Steele, performance artist and ex-body builder; Leyla Hussein, co-founder of Daughters of Eve and campaigns creatively against FGM; Hannah Starkey, a photographer who specializes in staged settings of women in city environments; Kate Smurthwaite, comedian, blogger and abortion rights campaigner; and Hannah Pool, writer and events curator.

Pool and Jones were then joined by Dr Shirley Tate, Kieran Yates and Rachael Young for Beyond the Booty? The Sexualisation of Black Women. As a visual artist, Young spoke about the majority of her audience being white, feeling like she always had to make work about being black, and that her work was also restricted by her parents’ expectations, and how she is made to be a representative of black women, referencing a white artist who was able to feel free enough to use nudity in an artwork. Jones spoke about supporting other black women; for example, by buying clothing by black designers. She emphasised that she would not to work somewhere that wouldn’t allow her to look the way she chooses, whether that be her hair or her clothing. Though, she also noted this in itself contained its own set of privileges, as not everyone is able to make that choice.

Though, she also noted this in itself contained its own set of privileges, as not everyone is able to make that choice.

There was discussion about the commodification of black women’s bodies, from the 19th Century’s bustle, to today’s surgical enhancement, and the idea that these traits, both real and stereotypical, are fashionable (exemplified in Vogue). The danger of this narrative has seen it lead to death, in the case of women who have sought implants to enhance their bottoms; when one woman pointed out that not all black women have large bums, another audience member cried out in thanks. When it comes to identity, no woman should feel less than, especially when it comes to the body.

There was also discussion on colourism/shadism, and one point that struck me as particularly important was the lack of what was termed ‘global black women’ from the UK. This is obviously not for the lack of existing talented black women, but is a structural and systematic problem. Again, this is reinforced by the idea, which was voiced here, that most of the black women who are heralded by the media are those with lighter skin tones. Jessica Ennis was given as an example, having become the image for companies such as Olay, Santander, British Airways and Jaguar. This presents the UK as somewhere as anti-racist and multicultural, which denies the experiences of many black women today.

In the penultimate talk, You’ve Been Framed, mental health was discussed in terms of women’s experience. Charlotte Perkins Gilman’s The Yellow Wallpaper was mentioned at the start, and it raised the idea of the importance of art, of creativity, of self-expression, in combatting mental health issues. As with most of these topics, there was too much to fit into this article, but one part I particularly connected with was artist Bobby Baker’s self-portrait of a tower of hats on her head. There was also the Catch-22 of labels, where the language that is used means that the individual can access treatment, but also means they are pathologised. I was reminded again of R D. Laing’s idea that ‘mental illness’ is a sane response to an insane world. 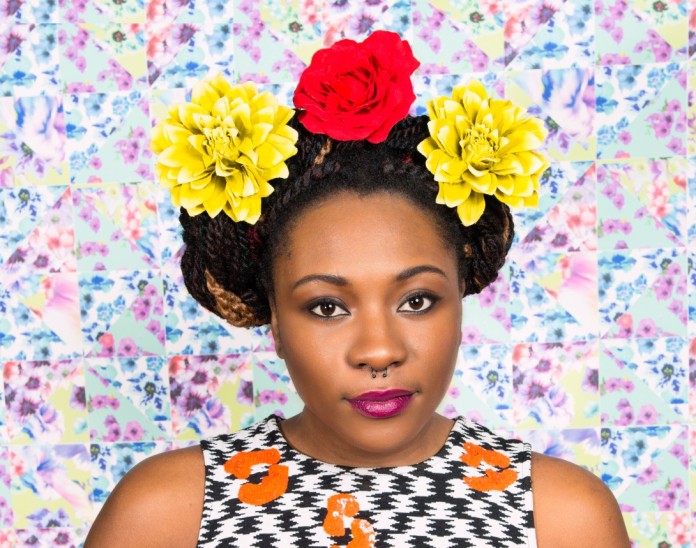 To end the day, Why Women Stay reiterated the broken windows theory as a metaphor for how we can tackle Feminist issues, where every window we fix is important, even the ones that may seem small.

As you can see by the mass of information here, there was an extensive programme of events. So make sure that WOW is in your diary next year, and catch up on some of this year’s events on the Southbank Centre YouTube account.